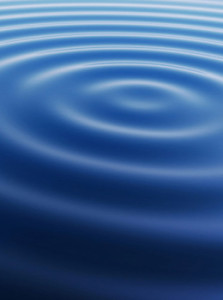 Although “denials,”  “dismissals” and  “acquittals” all result in the same “clean record” outcome (e.g., no criminal conviction), they have slightly different impacts on your ability to seal the underlying proceeding.Denials

A case is “denied” when/if the prosecutor decides not to file charges against you. Just because you received a citation or were even arrested does not mean the prosecutor is required to charge and prosecute you. If you appeared in Court and the Judge advised you that the charges or case against you “have been denied,” you cannot immediately petition the Court to seal the subject criminal record. Because the prosecutor is free to change its mind and file charges against you within a prescribed “elimitation period,” you must similarly wait to petition the Court to seal the criminal records underlying the denied charge(s) until the relevant limitation period has expired.

Therefore, if you were arrested for a misdemeanor on September 15, 2015, and the prosecutor denied charges, you would have to wait until September 15, 2016 to petition the Court to seal the subject criminal record (because the prosecution would have up and until September 14, 2016 to file charges against you). Click here for Nevada’s statutes of limitation for criminal actions.
Dismissals and Acquittals
The legal effect of a “dismissal” or an “acquittal,” as it relates to sealing criminal records, is much more instantaneous. Because the dismissal or acquittal of a charge against you is a final disposition of the criminal charge, you can immediately petition the Court to seal the underlying criminal record. This is true whether the charge was a Misdemeanor or a Category B Felony. Acquittals occur when you take your case to trial and are found “not guilty” by the Judge or jury. Dismissals can occur in a number of ways. Your attorney might have secured a dismissal for you via motion practice with the Court. You might also have entered into a lea agreement wherein he prosecutor agreed to dismiss the charge at the conclusion of your sentencing.

If you have any questions or concerns about sealing a Nevada criminal record where the charge(s) was denied, dismissed or you were acquitted, please contact The Hayes Law Firm to schedule a free and confidential consultation 702 – 656 – 0808